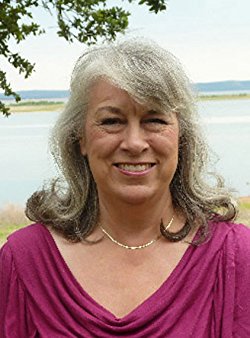 The Terra Debacle by Marcha Fox is a highly entertaining, suspenseful and thought-provoking sci-fi novel surrounding the exploits of Thyron, a mutant form of sentient plant life with highly-developed thought processes and limited extra-sensory perception. It comes as a quasi-prequel to the author’s Star Trails Tetralogy, where the character appears as a protagonist in the Brightstar family saga. Set in the late 70s northwestern USA, it uses the controversial Air Force investigation of UFOs as part of the storyline. Gabe Greeley, an exobiologist at NASA, is contacted by Colonel Jenkins at Hill AFB in Ogden, They request his opinion on an exotic lifeform discovered by personnel at the base. Greeley arrives at the base and is introduced to Thyron, and there the adventure begins.

Fox could not have selected more fertile ground for such a cross-genre romp. This is easily comparable to a dark version of ET – The Extraterrestrial, though the author herself evokes Little Shop of Horrors in her preface. One thing for sure is that Marcha sets the tone with a humorous phone chat between Greeley and Jenkins. Greeley’s parrot in the background lets us know where this is going, and we are quick to follow. Thyron is not merely mimicking human thought, he conveys concepts of time and space that the Earthlings can only struggle to grasp. As Gabe establishes a psychological bond with Thyron, the author’s message becomes clear. The resources of this world and beyond are not meant solely for man’s exploitation. Understanding their nature and respecting their needs and purpose helps us truly develop our universe to its utmost potential.

This becomes a landmark novel for Fox fans who are witnessing a significant step in her evolution as a science fiction author. The Star Trails Tetralogy was an essential indie lit sci-fi contribution, standing comfortably alongside Star Wars and Star Trek in the space opera genre. This novel takes us in a new direction as we consider not only the possibility of life in space, but that of being able to communicate and learn from it. We may not find aliens anywhere beyond our national borders, but we have discovered water on other planets. Water being the source of life, can it possibly be supporting plant life somewhere among the stars? It makes you wonder whether your trees and flowers are doing more than drinking and breathing out there. And people talk to flowers, don’t they?

Pick up a copy of The Terra Debacle by Marcha Fox and prepare for some unique and titillating sci-fi entertainment. It will definitely give you topics for discussion and food for thought to share with fellow readers and science lovers alike.